African Revival has head offices in London (UK), Gulu (Uganda), and Kalomo (Zambia).  In South Sudan we work in partnership with other NGOs.  Our UK office is primarily concerned with fundraising, communications, and programme support, in order to support the programmes carried out by our 20+ dedicated staff in the field.

Across all our offices, we are lucky enough to be supported by a team of fantastic, hard-working staff, volunteers and a board of experienced and passionate trustees.

Elaine Miller – Executive Director – previously Fundraising Director at African Revival between 2004 and 2010, and Philanthropy Director at The London Community Foundation from 2012 to August 2016, before re-joining AR in 2016.  She has a wealth of experience in communications, sales, and marketing – beginning her career in radio at Kiss FM and Xfm, before being appointed Head of Entertainment at Capital Radio Group.  Elaine enjoys music, rugby and walking their retriever, Harley.

Brian Carrick – Finance Manager – Part-time – Brian joined African Revival in March 2017, having previously enjoyed 40 years’ experience in Financial Management – working in Banking, Manufacturing, Leisure in both the private and not-for-profit Charity sectors.  Married to Jane, when he’s not balancing the books he enjoys walking, reading about history and watching rugby.

Catherine Inch – International Programme Manager – Catherine joined African Revival in October 2016 as a fundraising communications volunteer before being offered a full time position.  Catherine graduated from SOAS, University of London, with an Msc in Development Studies, previously working with NGO projects in Central America.  Catherine enjoys working closely with our in country teams developing programmes, and has spent lots of time in Zambia and Uganda.

Cheryl Edwards – Collection Tin Volunteer – Cheryl is another Hampton resident who has made a fantastic contribution to African Revival over the years. As well as helping to look after collections tins in the Hampton area, she has also been actively involved in our Schools Linking Programme.

Vincent Komakech – Programme Manager – Vincent is part of the Senior Management Team.  He is a qualified engineer and has a wealth of experience in both construction and programme management.   Vincent’s role involves staff management, education programme design and implementation, as well as overseeing infrastructure projects – responsible for tendering, supervising, quality assessment, and liaising with stakeholders and the District Government.  Before joining African Revival in 2012 he worked as a Project Officer at the Norwegian Refugee Council, World Vision and Action Against Hunger. 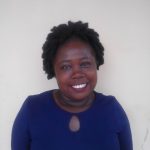 Monica Aguti Pinkett – Finance and Administration Manager – Monica joined African Revival in March 2018 as part of the Senior Management Team.  She brings a wealth of experience in Finance, HR and Administration, having previously worked for Lira NGO Forum and Invisible Children.  Outside of office hours Monica continues to devote time to learning new skills, with an interest in different cultures. 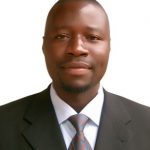 Geoffrey Opyet – Phonics Coordinator – Geoffrey joined the team in July 2019 to oversee our phonics programme.  He brings over 7 years of experience in project design, implementation and evaluation to the role.  He has previously managed a variety of health based programmes, with a focus on research-driven HIV and reproductive health interventions.   Outside work, Geoffrey has a passion for farming and is a Father of two young children. 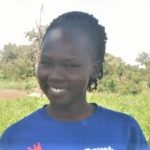 Ruth Okabo – Phonics Officer – Ruth supports the implementation of our Phonics expansion programme launched in January 2018 at 20 new schools in the Amuru and Nwoya Districts.  She has a love and passion for phonics and enjoys seeing the children become independent readers.  Ruth trains, monitors and supports teachers in schools, helping to improve the reading culture. 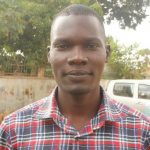 Anthony Oryema – Phonics Officer – cover – Anthony is based in Amuru District supporting our Phonics Programme. He is an educationist and experienced in administering programmes, having worked with African Revival on our previous Speed School project for three years.

Denish Komakech – Agricultural Co Ordinator
Denish is working on our School Demonstration Farm project in Lamwo District.  He has a certificate in agriculture and a diploma in crop production and management.  He has a wealth of experience and enjoys teamwork, creating partnerships with access to markets and financial institutions.

Caston Okello – Agricultural Officer
Caston is an Agriculturalist working on our School Demonstration Farm project in Lamwo District.  He has a certificate in agriculture and a diploma in animal production & management.  He is also pursuing a degree in agricultural science.  Caston has a ten year’s work experience with NGOs and local government.  He enjoys working with the farming community to strengthen their resilience and self-reliance for sustainable livelihoods. 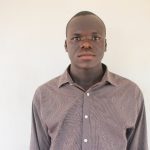 Justin Ogen – Hygiene and Sanitation Officer – Justin comes with lots of experience in both community work and girls’ training. Justin is based in the Amuru District and is responsible for training teachers, and pupils in 23 schools in both Amuru and Nwoya under our Girls & Sanitation programme.  Justin will be working with the Advocacy, Stigma & Education staff for the new AmplifyChange Project. 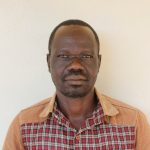 Richard Odokonyero Gody – Project Officer – Richard joined AR in July 2019 to run our new Advocacy, Stigma & Education project in the Amuru District supported by AmplifyChange.  Richard is a trained teacher with a masters in Public Administration and Management, he is particularly passionate about supporting Girls Education.  Richard Previously worked for organisations including World Vision and Warchild Holland. 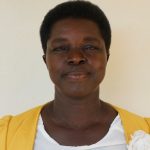 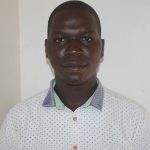 Denis Obua – Livelihoods Officer –  Denis joined AR in March 2019 to run our beekeeping project in the Nwoya District.  Denis previously worked as an Apiculture Officer at Children of Peace Uganda, and then supported a beekeeping programme in Lira District.  Denis studied bees at Nyambyea College and enjoys working with the community.  In his spare time he produces his own beekeeping products – including hives. 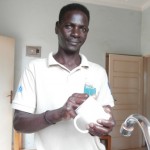 Wellborn Loum – Office and Security Assistant – Wellborn joined us in 2009 after three years’ service with SPRING.  He is a valued staff member who welcomes all visitors to the African Revival office. He is happy to see African Revival expand its operations in the region. 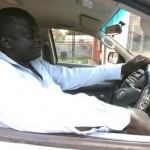 Tonny Oyat – Driver – Tonny joined us in 2008 and is the longest serving member of staff.  Tonny previously worked for a member of parliament in Gulu Municipality.  In 2010 Tonny entered African Revival folklore whilst driving our founder and some trustees from Murchison Falls National Park to Pakuba Air Strip in record time to catch a flight they were running late for using his local knowledge. 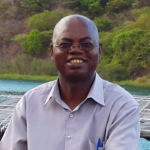 Godwin Kamangala – Country Manager – Godwin joined AR in July 2019.  He has a Master’s degree in Educational Research from the University of Manchester, a Bachelors degree in Education Management from Technikon Pretoria, and a secondary teacher’s diploma – as well as completing a partial Doctorate Degree in Education Didactics at the University of South Africa.  Godwin has 17 years teaching experience, and 15 years in development work as a Programme Manager with World Vision.  Married to Justina, they have three boys:  Mike, Ivan and Andrew. 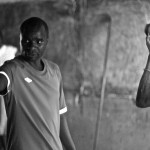 David Moono Sangweni – Construction Supervisor
Dave joined African Revival in 2006 when we first started working in Zambia.  He initially joined  as a carpenter and driver until 2010 when he was promoted to Construction Supervisor.  He is the longest serving staff member. Dave has exceptional community mobilisation skills.  In his spare time, he does some carpentry and is also a committed member of his church where he is an Assistant Pastor.

Interested in volunteering? Check out our information for volunteers here.